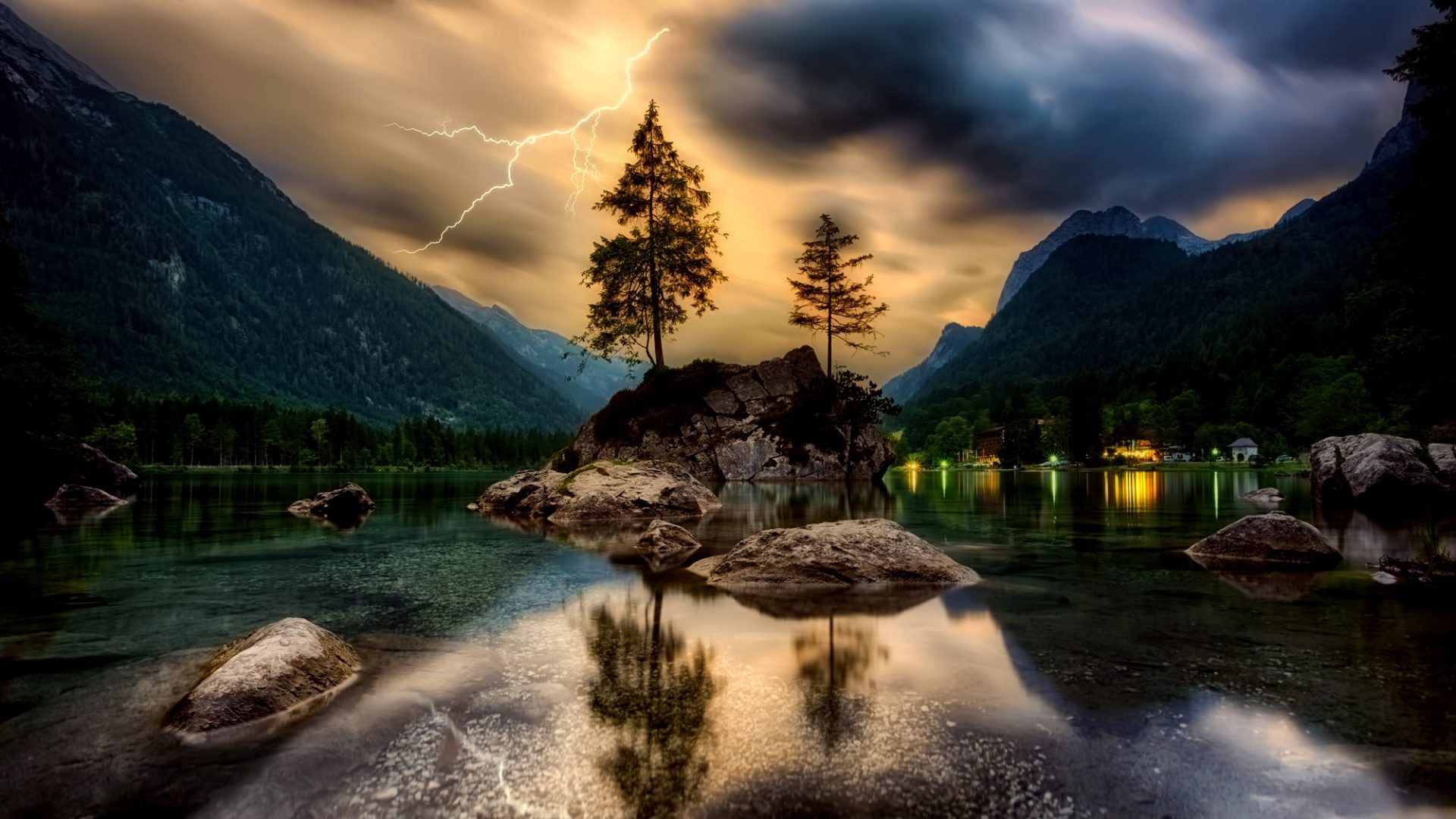 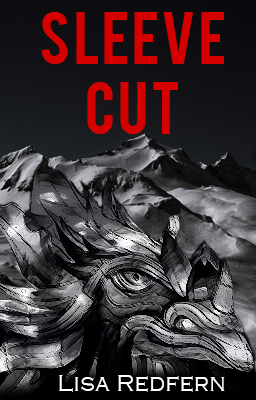 Donner Mountain trembled when Nian woke. Yawning, her jagged teeth glisten in the light of the round moon as a frigid white wave churns down a steep slope, snapping pine trees like chopsticks. Hunger and the smell of sustenance drove Nian’s movements. In this strange land, she located a field planted with rotting young men. Close to the surface, one paw scrape revealed juicy carcasses she scooped into her mouth. Careful not to shatter bones, she sucks them clean, spitting out neat piles, ready for bundling and overseas transport. Nian senses anxious thoughts of people huddled like mice beneath the deep snow. All of them, save one, missing family gatherings and the safety they provide. As the year of the Rabbit ends, they ready supplies to defend themselves from the Nian.

Inside a rough wooden cabin engulfed by a thirty-foot snowdrift, Gee Lee pitched his bed covers. Delirious, he sought icy air to tame his fire. Once it touched him, he shivered, curling into a ball.

Foshan had been nursing bossy-man for three days, leaving their camp cooking to inexperienced hands. Foshan hadn’t seen Lee sick during the two years they’d worked at Donner Summit. Lee claimed his good health was maintained by a steady diet of Ginseng and mushrooms.

Time spent prepping food with Mr. Gee had been the best and worst of Foshan’s life. Two years older, Lee radiated confidence as he ordered supplies and advocated for spices from home. His management style was firm, yet respectful. The man was devoted to his wife, and their young daughter; he regretted not seeing his son born before he left.

Lee’s shoulders were wide, his grip strong, and his voice felt like velvet brushing over Foshan’s skin. Worst of all, were Lee’s knowing grins while he offered womanly advice. “If your female behaves like warm cheese, she will be receptive when you approach her for clouds and rain; remaining faithful to marriage vows keeps vices from enslaving one while sojourning.”

Laughing with him, Foshan replied, “Do you consider cutting the emperor’s sleeve a vice?”

“It satisfies the urges,” Foshan replied, his eyes bright.

As if seeing Foshan for the first time, Lee’s smile faded, “I know, but I could not touch a man the same way I touch my wife.”

Foshan’s hope plummeted. He held his breath while turning away so Lee wouldn’t notice his disappointment.

Across the ocean, Liu was thankful the village had emptied for the Spring Festival. Round and ripe, she needed to escape the confines of the house. Since she’d learned of her pregnancy, Liu stayed hidden while her sister-in-law, Ai, paraded in public with padding over her belly. Mama Gee decided that Liu’s baby would be raised as Yang’s son.

Her mother-in-law’s plan meant that Liu could prevent her husband from knowing her shame.

As tall grass brushed against her calves, Liu couldn’t help worrying about Mama Gee’s assumption. What if the child was a girl? Liu wished Nian would take it.

Going to their secluded warm spring, the place Lee first introduced her to the delights of the flesh, felt like another betrayal of the man she loved. But there was no other place Liu wanted to be, except with him on Donner Mountain.

Bathing Lee’s forehead and giving him tea wasn’t helping. For the first time since Lee had taken ill, Foshan feared that bossy-man might die. Even thinking this thought could attract the Nian!

During the latest storm, the tunnel between Lee’s quarters and the kitchen collapsed, cutting them off. No one had cleared it and Foshan wasn’t about to leave Lee to do the excavation. Their tiny room felt as far away as China, and as silent as a tomb.

Mama Gee in Guangzhou and Foshan on the summit worked to guard their space.

Pulling red cloth from storage they hung it on walls and draped it over furniture. They fed paper money to hearth flames while praying to ancestors for protection.

Drawing in a breath, Nian tasted the smoky flavors. Donner Mountain quaked when she growled.

Lee’s mind was as untethered and as windblown as paper lanterns released to the night sky. As the ground shuddered, his thoughts settled upon the source of his misery. “Norden?” Lee muttered. “How bad?”

Foshan wrung out another cloth, laying it on Lee’s forehead. “It’s a dream, Mr. Gee,” or a nightmare, he thought.

Following a messenger, Lee struggled up through the snow shaft coming into the midday light. Unaccustomed to the brightness, his eyes streamed like a woman in mourning. Shouts from a distance drew him in their direction.

At the mountain’s peak, Lee saw the opposite hillside swept clean. Stacks of lumber, wagons, mules, wooden tunnel frames and cabins were gone. Silence, where there should have been hubbub, made Lee’s breath hitch. In the valley below, splintered beams poked through the remains of a frozen tsunami like porcupine quills.

Joining men racing to save survivors, Lee saw fingers, shaped liked unmoving claws, and bloody legs separated from torsos. If not for jewel-colored sparkles winking across a sugar-dusted expanse, Lee would have thought the debris field resembled destruction rendered by a Bei River flood.

Like a dog frantically digging for a bone, Lee’s hands gyrated as he screamed, “Yang! Yang!”

Sobbing, Lee ranted. “You told me to protect him, to make sure both your sons returned.”

Foshan wiped Lee’s tears, trying to soothe him. His heart fractured a little more with every word.

Gentle hands stroking Lee’s neck and chest calmed him into sleep while his inner vision replayed the next scenes.

Every day, names of the dead were read after meals. Lee had known them all but the name he dreaded hearing remained absent. Could Yang have run away? Maybe he was lounging in an opium den in San Francisco?

When a messenger came to stand beside his butcher block, Lee placed his knife flat on the work surface, following suit with his hands. Leaning all his weight over his wrists, he bowed his head.

“You must come,” the man said while pulling at stitches on his hat.

For the first time, Lee wished he were on a tunnel crew, blasting holes in impenetrable rock or carrying nitroglycerin from Howden’s mixing station into the widening mountain gap.

Arriving on the scene, Lee saw his brother standing where they’d uncovered him. A hammer, clutched in his right hand, raised above his head while his left supported a beam. His eyes were open. There were concentration lines between his brows, he was biting his lower lip. If his skin were not gray, if his eyes not cloudy, and his clothes not sopping, Lee could believe Yang would continue his next action.

Lee rode in the wagon with Yang, watching his body relax. Holding his hand over his brother’s eyes until they warmed, Lee drew down his lids.

Remaining with him, Lee watched as they stripped his clothes, bundled him in coarse cloth, placed him in a shallow grave, and covered him with mud.

The enormity of being the last Gee left, solely responsible for his parents, their wives and children settled on Lee’s shoulders as heavy as any granite boulder pulled out of the tunnel shaft.

Not, since watching his wife from the boat deck, growing smaller and indistinct, had Lee yearned for her with such power. “Liu, Liu,” He crooned, reaching for her, weeping.

As if summoned by the water gods, Lee opened his eyes to see Liu floating before him, her hair loose, suspended around her head, her face showing a mixture of confusion and pleasure. Lee ran his thumb along her cheek. Opening his arms, she came to him, pressing herself against his chest, wrapping her legs around his waist.

Burrowing his face against her neck, it didn’t occur to Lee that breathing was unnecessary.

When Liu first dove into the pool, she was startled to find her husband. Believing it was a visitation beyond the grave, she was paralyzed. But when she felt his touch, when she saw his wounded expression, and heard his voice in her mind saying, Yang is dead, she knew it was something else.

Clinging to him, she didn’t notice her stomach was flat.

Do you remember the first time I brought you here? Lee asked.

You said the water’s buoyancy would allow me to control the pain. Blowing bubbles, Liu’s eyes crinkled at the edges with her smile.

Liu grinned, reaching down, she took hold of his rigid shaft.

At her wifely greeting, Lee bucked, sending a milky spray into the water. When he was capable of communication, Lee apologized, I dream of pleasuring you with exquisite leisure, my Willow, but I’ve been without you so long I lost control.

And I…. Liu, hesitated, remembering what she had to hide. Leaning in, she pressed her lips to his, Hold me!

They caressed and kissed, muscles tightening and releasing, as fluid as octopi in a coupling ballet. They repeated ravenous acts of love until contentment cocooned them like mists over mountain tops.

Floating with Liu’s back pressed to Lee’s chest. Lee unhurriedly caressed her. Mother will be devastated when she learns she’s lost another son, his thoughts said.

Yes, Liu agreed. YOU must return to me, I wouldn’t want to live without you!

Never say such a thing! Our children need you, I need you. Lee’s strokes moved down her torso.

Liu could feel the change in his body when his hands discovered something unexpected. Stiffening, she realized her encumbrance had reappeared. Ripping herself from his hold, Liu broke the water’s surface, inhaling an anguished lungful of air.

Following the Year of the Rabbit

Lee also jerked to wakefulness, squinting as his cabin came into focus. Still reaching for his wife, he called groggily, “Liu?”

She was sitting at the end of his bed, rumpled bed sheets draped around her hips. Her long hair cascading over a shoulder, the curve of her back glowed in the firelight.

“Come back to me, Love,” Lee smiled, holding out a hand.

A volley of firecrackers detonating outside heralded in the year of the Yellow Earth Dragon.

When his partner faced him, Lee’s afterglow erupted in a white, hot flash of fury.

Leaping into the heavens the monster followed the year of the Rabbit around the globe until reaching the South China Sea.

Settling into her underwater cave, Nian let the tropical warmth lull her into a restful year-long sleep.

Based on Chinese New Year legends and records from the Donner Summit Historical Society many elements are cultural and nonfictional.

Monster embellishment is an author vide! My additions to Nian include; her hibernation and feathers, her effect on snow slides, and her hunger for death and betrayal. 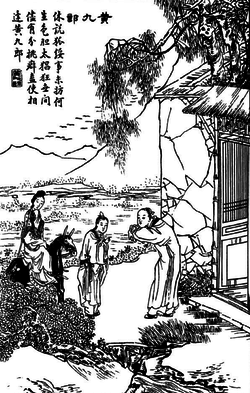 The title for this piece is a wordplay on “Cut Sleeve” a Chinese narrative about homosexuality written by Pu Songling in the seventeenth century.