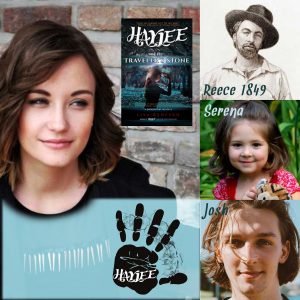 She doesn’t’ know it’s unusual to communicate with animals.

On her eighteenth birthday, Haylee transforms from a puberty delayed teen to voluptuous beauty.

Almost as soon as Haylee learns to appreciate her new body and social status, she discovers she’s compelled to attack people.

Dark, broody, Irish businessman. He came to California to try mining, but returns to the family business, selling goods and supplies.

He questions his sexual orientation when he encounters a male he’s attracted to.

Reece’s younger brother. He moved out west to help his brother expand the business. Edward is chatty and friendly.

His attraction to her increases as she tries to keep him away.

Haylee’s dad and a walnut farmer. Since his wife died, he focuses all his attention on work.

Emis was an elegant soothsayer at the French Court. She lost her husband in the Napoleonic war. She came to California to work as a prostitute and use her special abilities to find a guardian for her about-to-be orphan daughter. 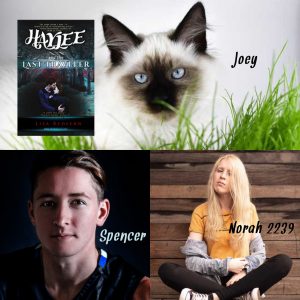 Norah is a time-skipper, like Haylee, from a distant future. In her world, it’s OK to speak without filters and she’s never felt dirt before!

Provisions and Sundries listed in Alta California Newspaper in February 1849

How Females Choose their Mates

Love for Life? 12 Animals That Are (Mostly) Monogamous – Scientific American

Scent of Attraction: How animals sniff the perfect mate

Vasopressin and Pair-Bond Formation: Genes to Brain to Behavior

The Vampire Book: The Encyclopedia of the Undead by Gordon Melton

Who Was the Real Count Dracula? – HowStuffWorks.com

The Fair but Frail: Prostitution in San Francisco, 1849-1900 by Jacqueline Baker Barnhart

Robert Louis Stevenson: A Record, an Estimate, and a Memorial by Alexander H. Japp – free ebook

The Story of a Summer by Cecilia Pauline Cleveland – free ebook

The #OwlButterfly is the theme animal of the (virt

The 22-year-old is the youngest inaugural poet in U.S. history:

With her strong and poignant words, @TheAmandaGorman reminds us of the power we each hold in upholding our democracy. Keep shining, Amanda! I can't wait to see what you do next. 💕 #BlackGirlMagic